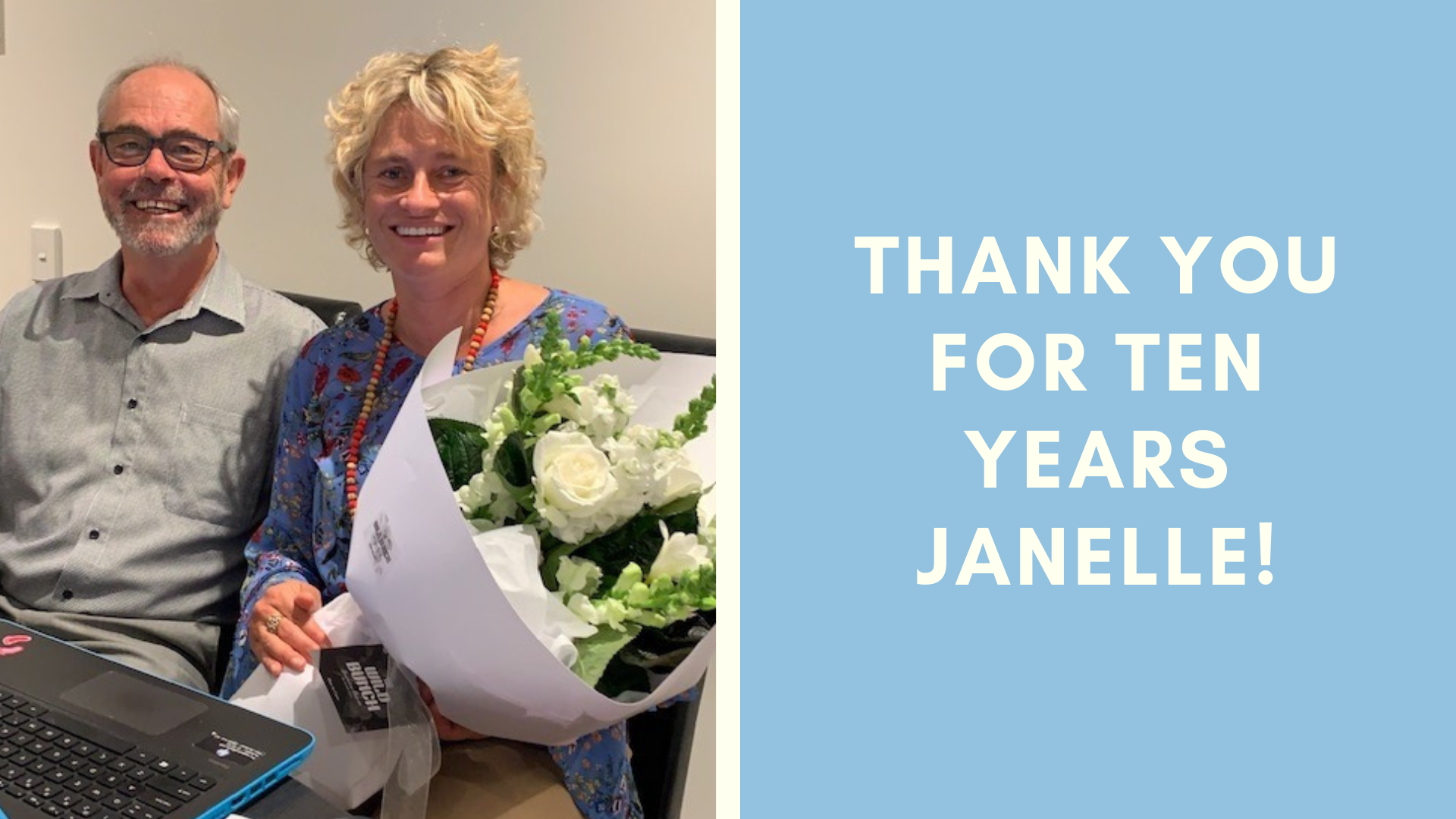 In April Janelle Irvine completed ten years of service to the stuttering community through her work at START.  Janelle commenced work as a Speech Language Therapist (SLT) at START in 2009. She had previously worked as a SLT with the Ministry of Education.  Her clinical focus at START has been mostly with pre-schoolers and school age children who stutter. She has also facilitated group programmes for people who stutter.

As Janelle’s wider interests and abilities in management and leadership became apparent, she moved into a promotion, management and leadership role while maintaining her clinical practice.  To support this new work Janelle undertook part time study in the Graduate Diploma in Not for Profit Management through Unitec which she completed in 2017. The course not only provided general learning but was also organised in such a way that Janelle was able to apply that learning directly to START.  Over recent years, as Janelle has developed strong leadership and management skills she has used these to the benefit of START, enabling its development as an organisation, while always keeping START’s client’s needs as paramount and a primary focus.

At the April Board meeting Janelle was presented with flowers to mark the occasion and her key role in START’s development.  Board members expressed their gratitude and acknowledged her diverse contributions to START, which is the only New Zealand specialist service for people who stutter. Janelle was also warmly applauded by the Board.

Speaking on behalf of the Board, Chair Eric Allan spoke of Janelle’s warm and generous heart for all those affected by stuttering.  Her heart has always been evident and underpinned all of her work at START. He also acknowledged her work with clients – many of whom have spoken of how much they have valued her support and clinical work.  Eric also paid tribute to how Janelle’s leadership and management have enabled START to develop to the point that it now plays a pivotal role in improving services for people who stutter. Eric spoke of how fortunate START is to have a person in the Executive Director role who is not only a highly regarded clinician but also a respected and able leader and manager.

In response, Janelle spoke of how fortunate she was to have the role of Executive Director of START and thanked the Board for their acknowledgement and for their strong support.  She acknowledged the role of the Board in supporting her study for the Graduate Diploma. She spoke of how much she had benefited from that study but even more importantly, how she has been able to use it for the benefit of START and its clients.  Janelle spoke of how excited she is by START’s progress and looks forward to it making even more progress in the future. Janelle will shortly attend the Fourth Croatia Stuttering Symposium in May which, having been at START for ten years will be a very good way to support further her work and the work of START.