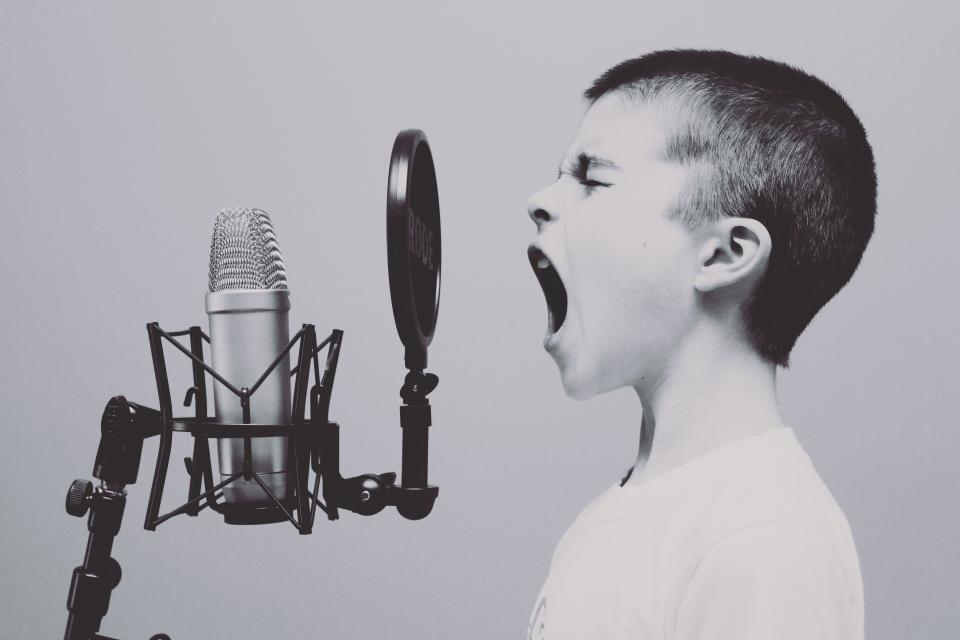 Have you ever noticed that you don’t stutter when you sing?

Or if you’re a person who doesn’t stutter, have you ever wondered why you’ve never heard someone stutter while singing? If you watch the video below of Harrison Craig – season 2 winner of The Voice Australia 2013 – you’ll understand how big the change between speaking and singing can be for someone who stutters.

It’s an interesting observation, and there’s no single answer for why this phenomenon occurs. Scientists and researchers have worked hard to answer many difficult questions about stuttering, however when it comes to the singing debate, there are a few strong theories.

Singing occurs in a different part of the brain:

The University of Iowa has done some research on this topic, and have concluded that “Music is an activity in which you use the right side of the brain (language uses the left), so when you sing music, you’re no longer using your left brain (and probably no longer stuttering).”

This is an interesting observation and could very well be why singing is unaffected by stuttering.

We use our vocal cords and mouths differently when singing:

It’s true that in order to sing (well), we need to alter the way we use our vocal cords, as well as how we shape our tongues and mouths. There is a theory that this could have a part to play in why people don’t stutter when they sing and is attributed as one of the potential reasons by The Stuttering Foundation of America.

Here at START we think it could be a combination of our using our vocal cords and mouths differently as well as singing activating a different part of the brain. As one of our SLT Voon Pang says; “the brain controls the mouth, so if the brain is telling the mouth to do something different then I suppose this could be one of the reasons why we don’t stutter when we sing.”

Singing is a different form of communication than most speaking: 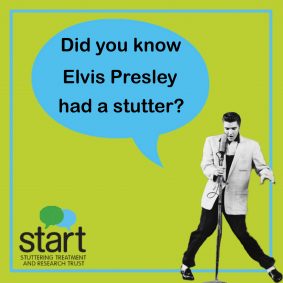 Most communication is two-way. It involves an unpredictable conversation, where you can’t plan your next answer. It also holds the potential for the other person or people to interrupt, or to become impatient. Singing, however, is mostly one-way communication, and eliminates the possibility for these challenges. We have often memorised the  lyrics when we sing, rather than facing an unpredictable conversation, and unless we are at karaoke it’s unlikely anyone in the audience is planning to interrupt.

We have had many parents comment that when a child is playing by themselves, or talking to themselves, that their stutter is not present. This could be similar to why one-way communication in singing reduces stuttering.

These three theories may or may not be the reason why we don’t stutter when we sing, it may be a combination of the three, or it could even be something else. The truth is, there is still a lot of research to be done.

What we do know, however, is that while singing, putting on an accent, or otherwise altering the way you speak can reduce stuttering, it is still not a permanent cure – it’s unreasonable to expect  someone to alter their speech 24/7. However if you are concerned about your stutter, please speak to one of our Speech Language Therapists first, before resorting to singing for the rest of your life.

Get help with your stutter

However some of the team will be back from the 10th January 2022 so we will be checking emails and answering the phone, when possible, from this date.